Through Alma we have a link with:

January 2007: In Mozambique one million children still did not go to school: most of them from poor rural families and almost half of all teachers in Mozambique were still unqualified.

September 2008: Our third visit to Milange. Three members of the congregation went with Chris and Sandy to be part of the opening of the new school we helped to finance in Milange. Sandy and  Chris stayed on for the Mothers Union Conference and engaged in a teaching programme addressing the subject of domestic violence. They also led the Diocesan Clergy Retreat in Lichinga.

September 2014: On 9th September a fourth, short, visit was made to our linked parish by Chris and Sandy to look at the future of the school there and the possible expansion by way of another teaching block. What could we do to help facilitate that?

St. Nicholas has funded two visits from Milange to Shepperton. The first was two of the clergy. The second enabled members of the Mothers Union to meet with our Mothers Union and experience a little of life in Shepperton.

It is so important we continue to support our Christian brothers and sisters in Milange and strengthen the link between our two parishes.
The new Archdeacon and his family
From 2017 until 2019, we raised £32,000 and the school in Milange was doubled in size.. Here it is nearly finished in July 2020. 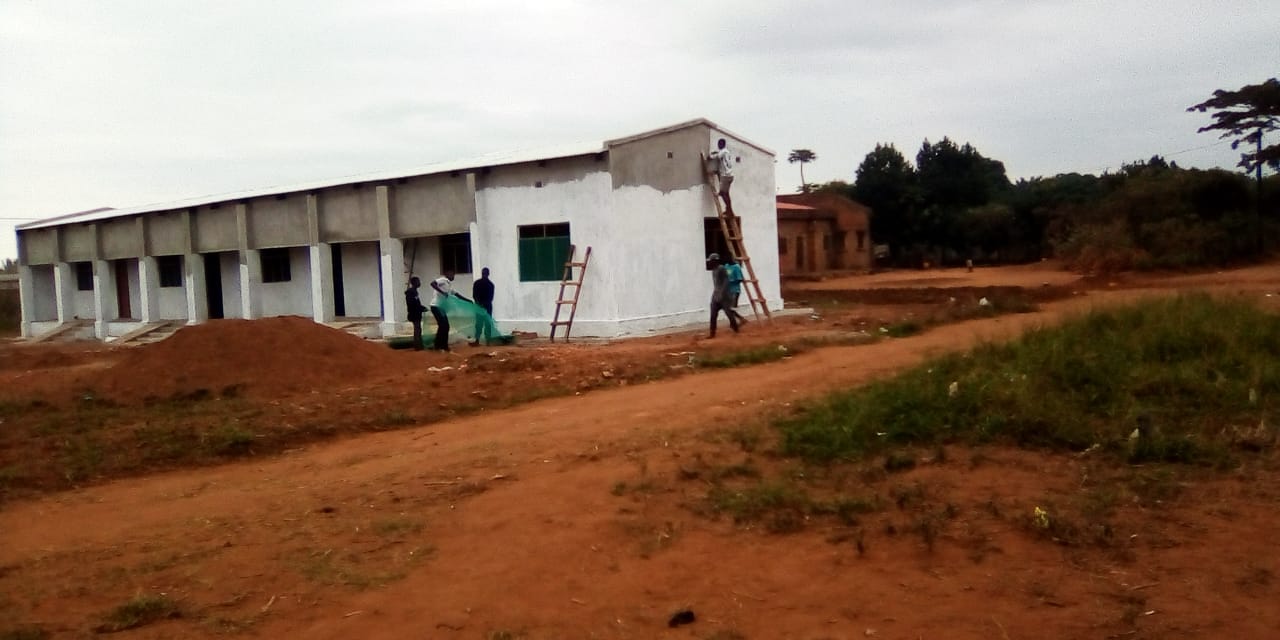 We maintain our link with Milange and receive regular emails. Sadly the visit planned for last year had to be cancelled because of Covid, but hopefully the school is up and running, and we will continue our contact.
​AN UPDATE ON MILANGE   June 2021


An update on Milange, Mozambique
It is with some relief that the numbers of new COVID-19 cases in Mozambique have fallen since the peak which they too experienced in the first few months of the year. Some of the restrictions imposed by the government were lifted several weeks ago and church services have been able to resume albeit with similar limits on numbers inside.
The situation remains fragile, and with a less robust testing and reporting infrastructure, the increasing worldwide presence of the new variant first reported in India is a concern. The vaccine rollout is underway with 400,000 doses administered but with a population of just over 30m there is a long way to go.
Life in Milange is also regaining some normality and the church there too reopened late April after being closed for most of the year. Of course, there isn’t the infrastructure to be able to hold services on Zoom so for many they were left without.
The school was originally planned to be opened at the start of the new school term in February but COVID prohibited this. Despite the recent easing of restrictions, the school has been forced to keep its doors closed until it is made more COVID safe. The local Education Authority has required all schools, including the church school, to have increased sanitation provision, toilets and hand washing facilities, cleaning capability and secure access to ensure only people who have been temperature checked are able to access the school.
​Bishop Vicente visited Milange in mid-April to appoint the Vicar General for the new Missionary Diocese of Zambezia and whilst there he was able to meet with the Provincial Education Director and school board to discuss these new requirements to enable to school to open.
I am pleased to report that a plan has been put together locally to fund and provide the toilet, handwashing and cleaning facilities but the fence around the school remains the biggest challenge.
ALMA has been able to secure some funds to support although there remains a shortfall which they continue to discuss with the Bishop. The matter is also going to be raised at the next PCC meeting in June to ensure all are kept informed of the progress to being able to commence educating the children of Milange.
Finally, it is with regret that following the appointment of the new Vicar General, Revd Martins Nselela who will be based in Milange, Father Rafael is being transferred to the parish of Quelimane which is a seaport city in the east of the country. Quelimane is the largest city and the administrative capital of the Zambezia Province. Father Rafael has been a great support to the school and was instrumental in the handing back of its control from the local authorities to the church.